During COP26, Wen (Women’s Environmental Network) and the Women’s Budget Group  hosted an evening exploring the importance of implementing an intersectional, feminist approach to tackling the climate crisis.

In addition the Climate Sisters showcased their creative ideas of what a green caring economy could look like.  The exhibition included poetry, sculpture, jewellery, a planter and much more. 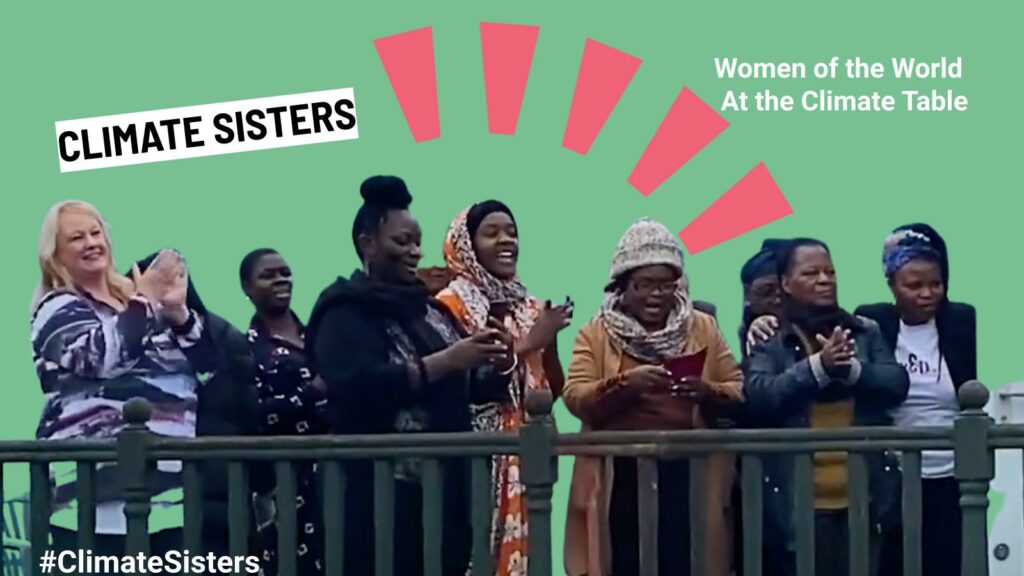 Through a series of workshops, a group of wonderfully inspiring women have come together to produce creative pieces which reflect their thoughts, feelings and views on climate change.  Read more about their stories and details of the exhibition. 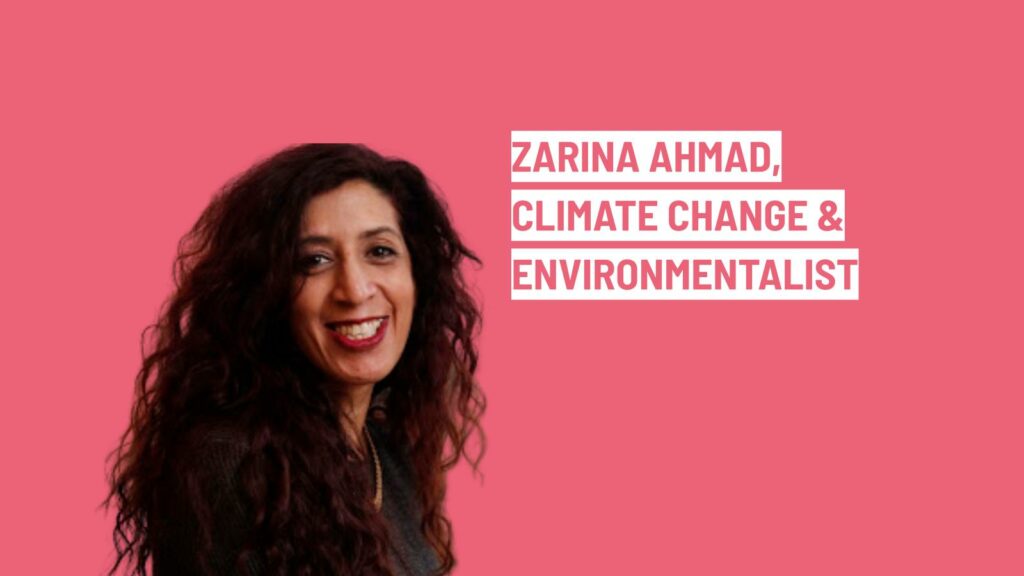 One of the mighty women on Woman’s Hour’s 2020 Our Planet Power List, Zarina previously worked at the Council for Ethnic Minority Voluntary Organisations leading the charge for increasing participation in environmentalism in Scotland. Since being told that “ethnic minorities aren’t interested in climate change”, Zarina has dedicated herself to creating pathways for under-represented groups to work in environmental organisations – increasing not only a diversity of people, but a diversity of ideas.

In response to the lack of specific data about ethnic minority groups and environmentalism, Zarina is now researching sustainable behaviours within BAME communities in the UK for a PhD. More recently Zarina was recognised by Edinburgh Science Institute as an inspirational woman who has made a significant impact in STEM (Science, Technology, Engineering and Maths and featured her along 8 other women in this year’s festival by creating a mural of her and which is displayed in publicly in Edinburgh. @ZarinaAhmad13 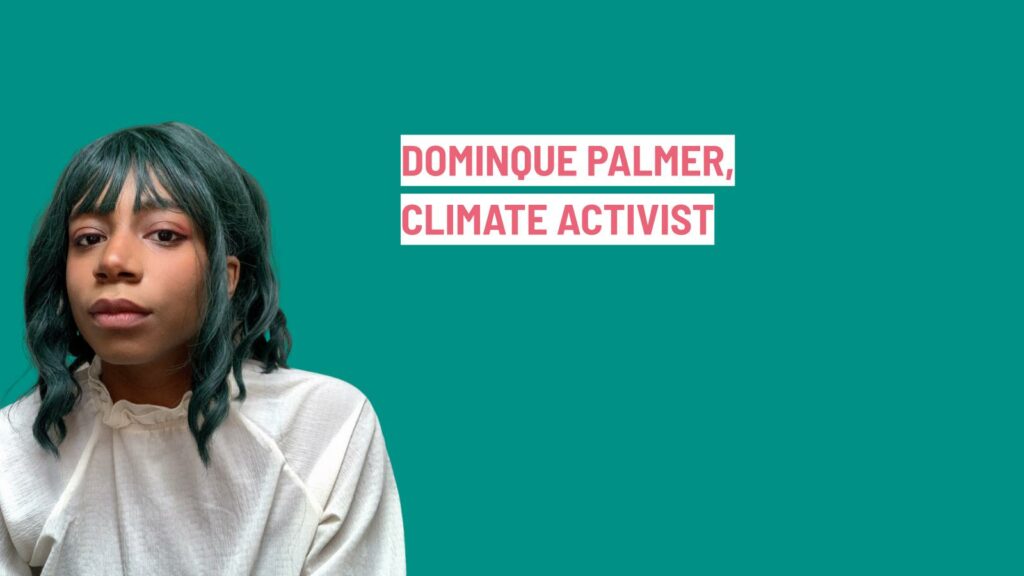 Dominique is a climate justice activist in England who features in Forbes 100 UK Environmentalists list.

An organiser within Fridays for Future International, the UK Student Climate Network, and Launch Coordinator for Climate Live across the UK and internationally, Dominique campaigns for bold and systemic action for people and planet. She publicly speaks at events including the UN Climate Change Conference in 2019 (COP25) and studies Politics and International Relations at Birmingham University. @domipalmer 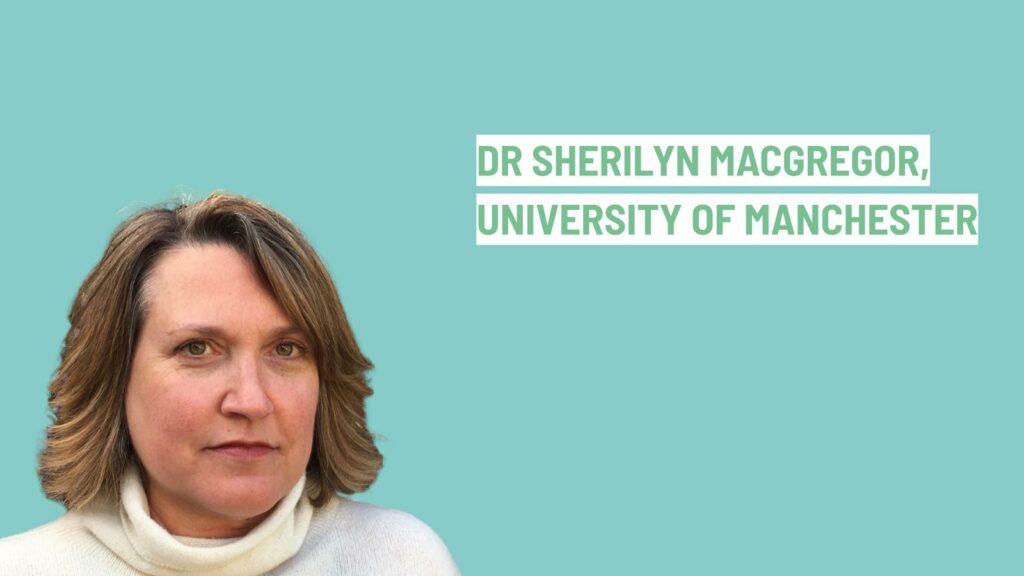 Co-author of the Feminist Green New Deal UK policy paper, Sherilyn is an academic at The University of Manchester whose research focuses on the relationship between feminist and environmental politics. Sherilyn advocates an intersectional ecofeminism for the 99% and explores what a just future could look like in the face of climate emergency.  @dr_smacgregor 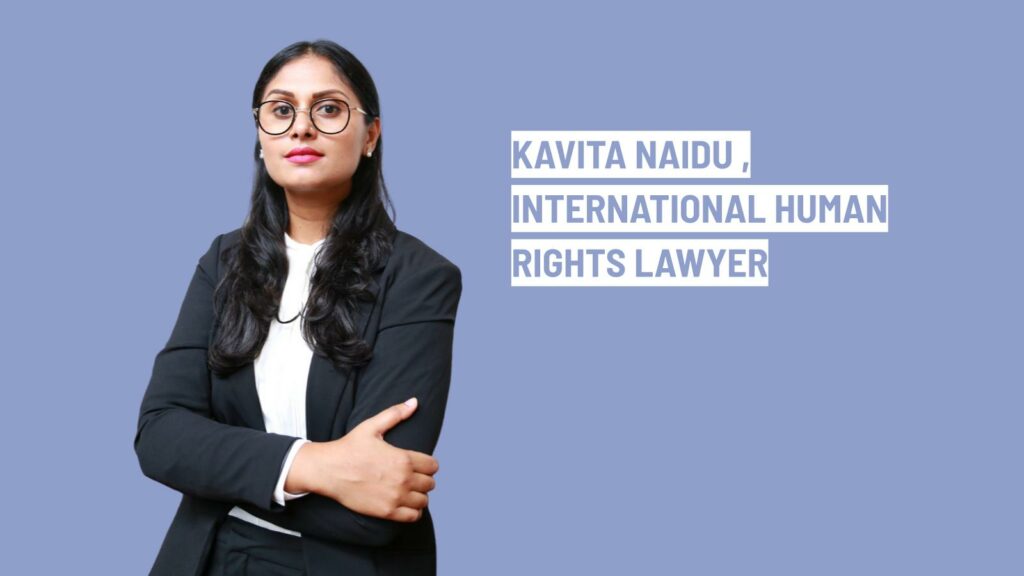 Kavita is an international human rights lawyer and activist from Fiji-Australia specialising in feminist climate justice for grassroots women in all their diversity in Asia and the Pacific. With over 15 years of diverse experience working in the Pacific, Asia and the UK for the Asia Pacific Forum on Women, Law and Development, the United Nations Office of the High Commissioner for Human Rights, Pacific Islands Forum Secretariat, government and the private sector, Kavita is currently a researcher-writer on feminist participatory action research in Asia Pacific. Kavita also serves as a Board member with Greenpeace Australia Pacific, co focal team for UNFCCC Women & Gender Constituency and a Council Member for Progressive International. @kavnaidu 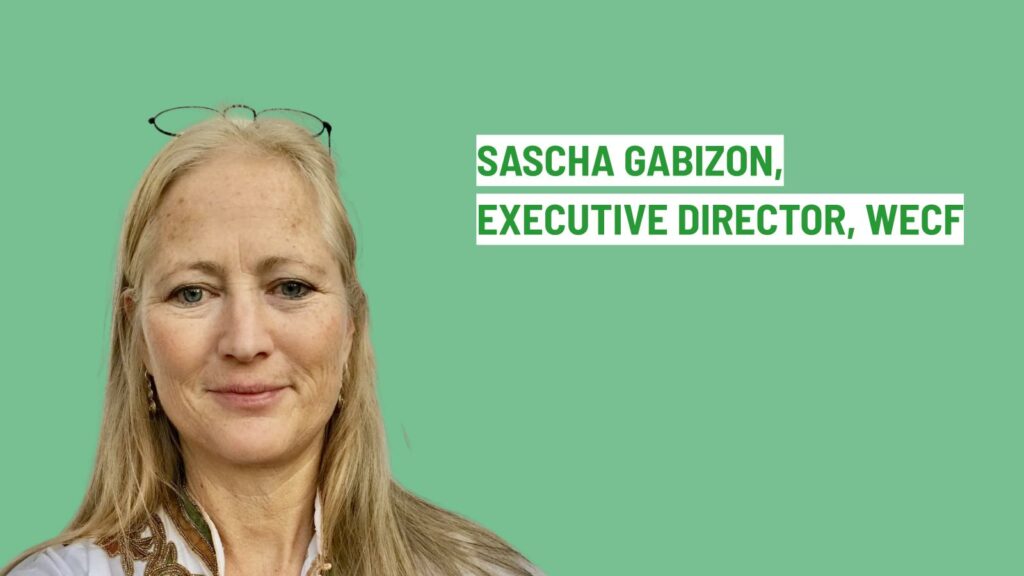 Sascha believes in the power of women and feminist movements and their leadership role in moving forward the transformation to socially-just and gender-equitable societies that do not deplete the planet but create safe and healthy lives and jobs for all. Sascha has studied and worked internationally and is an expert on gender equality and solutions for climate, waste, environmental health and public participation. @WECF_INT  @SaschaGabizon 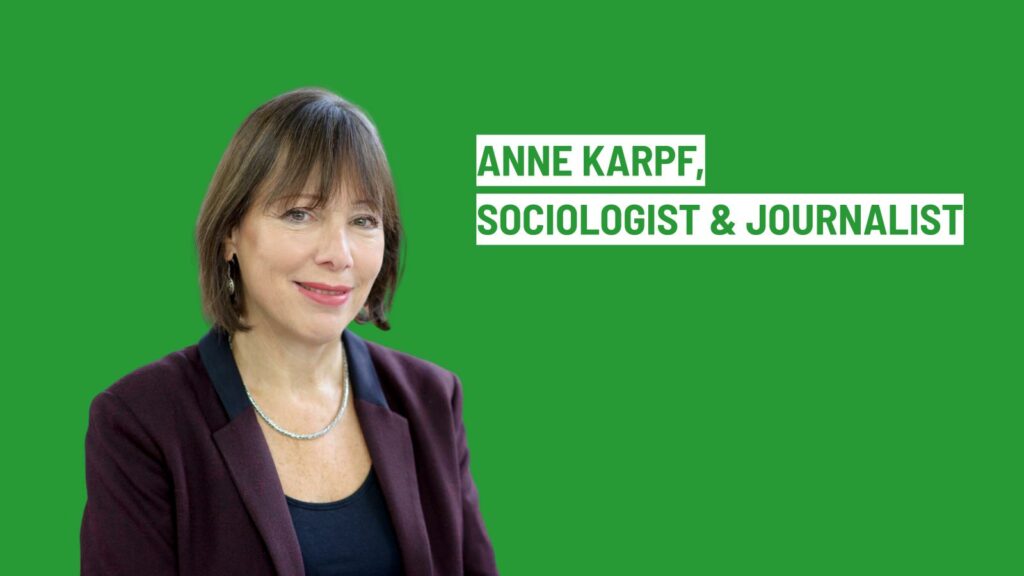 Anne Karpf is a sociologist, award-winning journalist and author of five books of nonfiction, the latest of which, How Women Can Save the Planet, has just been published by Hurst. She is Professor of Life Writing and Culture at London Metropolitan University. She (re)tweets @AnneKarpf 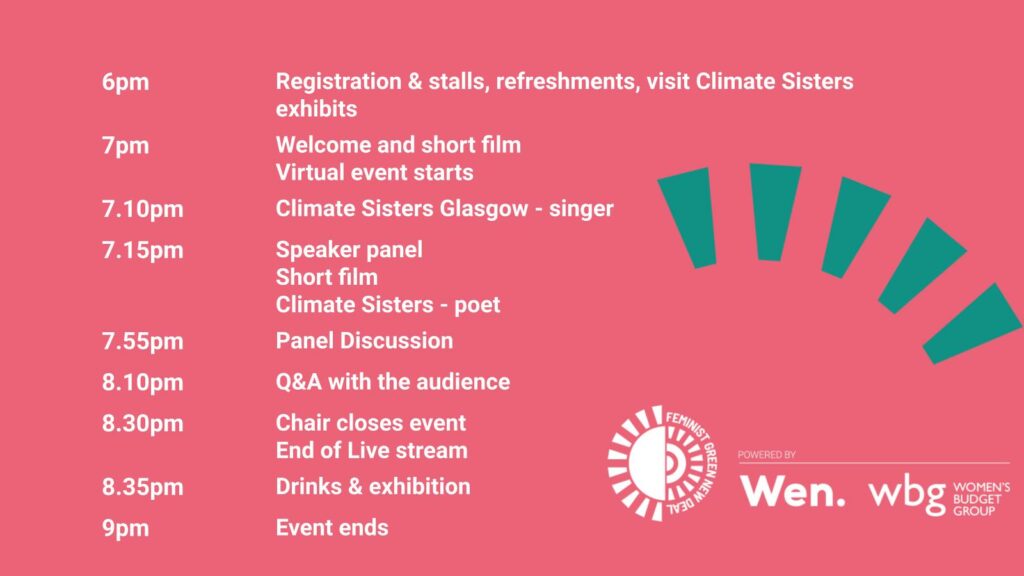 You have probably heard of the Green New Deal but what about a Feminist Green New Deal? Back in September 2019 a coalition of women’s rights and climate activists in the USA including WEDO (Women’s Environment and Development Organization), launched a Feminist Agenda for a Green New Deal. The Feminist Green New Deal Principles call for advancing reproductive justice, the creation of regenerative economies centered on feminist analysis and understanding of the care economy, a shift from exploitative and unsustainable production patterns and a rejection of false solutions to the climate crisis.

Wen and The Women’s Budget Group have published a policy paper which outlines the key elements of what a Feminist Green New Deal would look like in the UK, bringing a gender analysis to the Green New Deal and transitioning to a green economy. This was presented to the Commission for a Gender Equal Economy last year.

Keep up to date with Feminist Green New Deal – sign up for Wen and the Women’s Budget Groups newsletters.

2 thoughts on “WHY DO WE NEED A FEMINIST APPROACH TO TACKLING THE CLIMATE CRISIS?”