Wen Volunteer, Simone Due Rasmussen shares some of her experiences, insights and understanding of Wen’s Soil Sisters project.

I wanted to study how ecofeminism works in practice, so Wen seemed like the right place to start.  Here I wanted to share some of my experiences, insights and understanding I developed through volunteering with Wen’s Soil Sisters project whilst researching and writing my Masters dissertation in Gender, Sexuality & Society.

We have all seen a growing public awareness of the important relationship between humans and the natural environment, but I wanted to look at this relationship through a feminist lens. More particularly to focus on the relationship between feminist values and actual practice. Some of the more abstract ecofeminist philosophies really interested me, yet how would these be interpreted on the ground and what would a feminist approach actually look like? 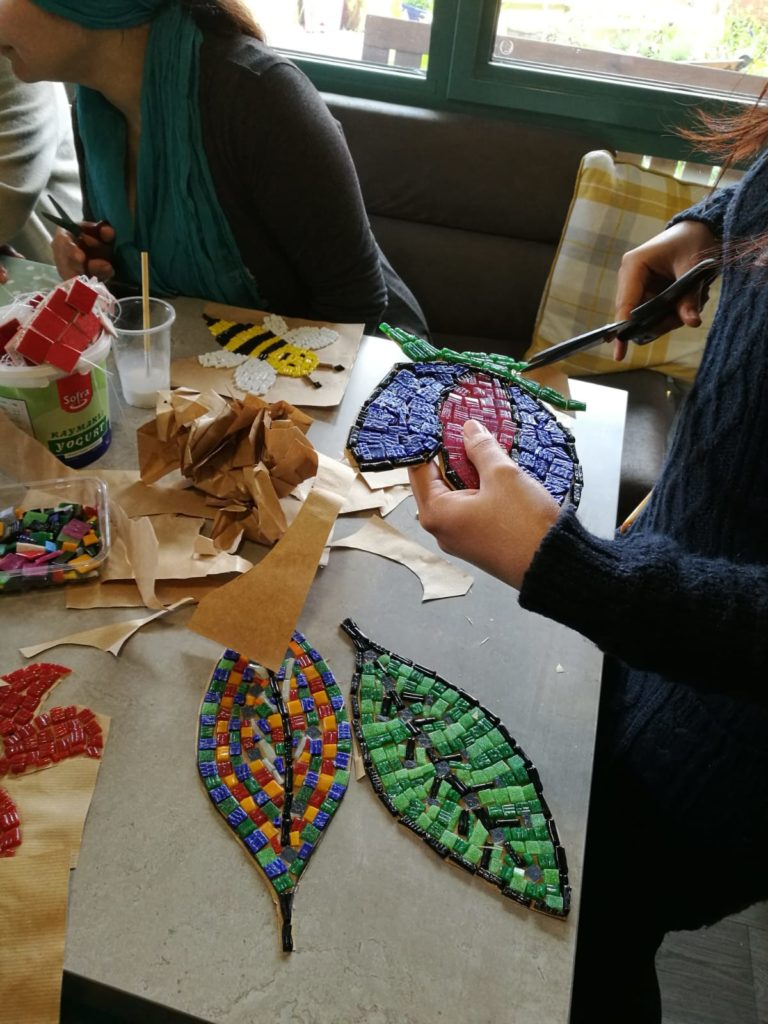 LEARNING FROM MY EXPERIENCE

This is what led me to Wen’s Soil Sisters programme, which brings social and therapeutic gardening to support women living in refuges who have experienced domestic violence. The programme supports them on their journey to recovery, by connecting them to nature through gardening, food growing and environmental activities, often referred to as social and therapeutic horticulture (STH).

In spring 2019 I approached Wen to see if I could learn through taking part and started volunteering at two refuges alongside the Therapeutic Gardeners and women residents.

What I found were very relaxed and open sessions delivering ‘green care’ with a wide diversity of women. My experience was that of being immediately welcomed and integrated into the sessions, both by Wen staff and the women living there, so I quickly felt at home participating as any other volunteer and benefitting from the privileged experience of meeting so many amazing, different people. To do my research I enjoyed simply participating week by week over the course of 6 months and tried not to take anything for granted concerning how the sessions were structured, what happened and how people interacted. Having a longer term experience on the project was crucial in trying to understand the dynamic processes shaping the sessions and their content, through the interactions between the therapeutic gardeners and the participating women, trying to tease out how feminist values were being reflected in practice.  I based my analysis on this experience as well as on interviews with all the therapeutic gardeners about their experiences, views and perceptions.

My experiences made me consider carefully how in such a situation with participants, gardens, seasons and activities changing all the time, inclusivity and sensitivity  are central in the way the sessions played out in these spaces. 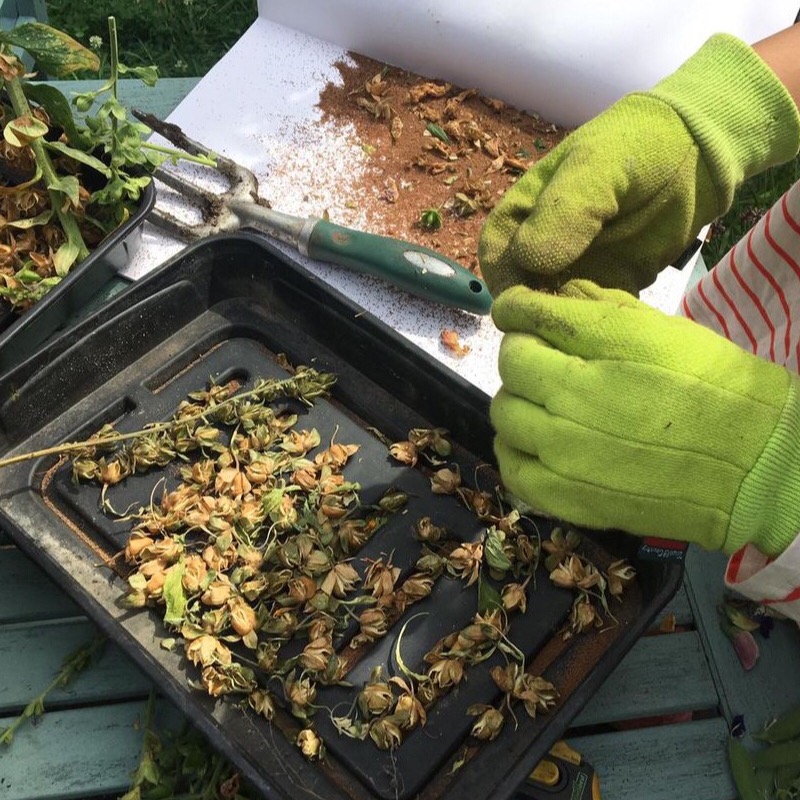 TRYING TO UNDERSTAND BY LINKING THEORY AND PRACTICE

The role of space and nature

My approach was based on attention towards space, or spatiality, following Doreen Massey’s understanding in Space, Place and Gender, perceiving space as inherently political and dynamic. I focused on how space was central in the sessions, particularly on how gardens were co-created with and built for the residents, while other public green places such as parks were also sought out and visited. I engaged with a range of theories including Christopher Ives’ concepts of human-nature connectivity. He asserts space is divided into aspects of material, experiential, cognitive, emotional and philosophical connections, all of which I found were either directly or indirectly engaged with or articulated during Soil Sisters sessions, albeit some to a lesser extent. The role of nature was perceived and pursued as something to be both engaged with and experienced through the senses, as having positive emotional effects as well as creating meaningful spaces of sharing. This implicitly heightened positive connectivity both between participants and between participants and nature.

In such dynamic spaces where every session is different, I quickly discovered that the most constant factor is the lead Therapeutic Gardener which led me to dig further into aspects of leadership.  I wanted to understand and analyse how feminist leadership was employed during the sessions. To understand I particularly engaged with Srilatha Batliwala’s principles outlined in Feminist Leadership for Social Transformation and her concepts of sensitivity and collaboration, as well as feminist leadership as political in both its aims and its processes. In this understanding of feminist leadership, leadership does not consist of traditional hierarchical authority but contrarily on a more vertical or flat structure, where leadership is concentrated on collaboration and inclusivity, on sharing and extending power to others, on being sensitive and bringing marginalised voices to the centre. This is something that Wen has implemented as an overarching organisational model. Batliwala’s theory was particularly useful in understanding how the Soil Sisters programme worked with plans for activities and trips made with the women, often having sprung from their wishes, desires and suggestions. Collective planning and effectively sharing decision-making power played a central role in the way session leaders included the women and showed sensitivity towards them, co-creating the project with them and not just around them. I found that flexibility became a central aspect of this sensitivity and inclusion, as the sessions were ever changing in who attended and allowing space for their thoughts and emotions. Session leaders reacted to this by adapting and improvising in order to be inclusive and co-create session content based on who and what each session brought, reflecting these values of sensitivity and inclusivity crucial to feminist leadership. 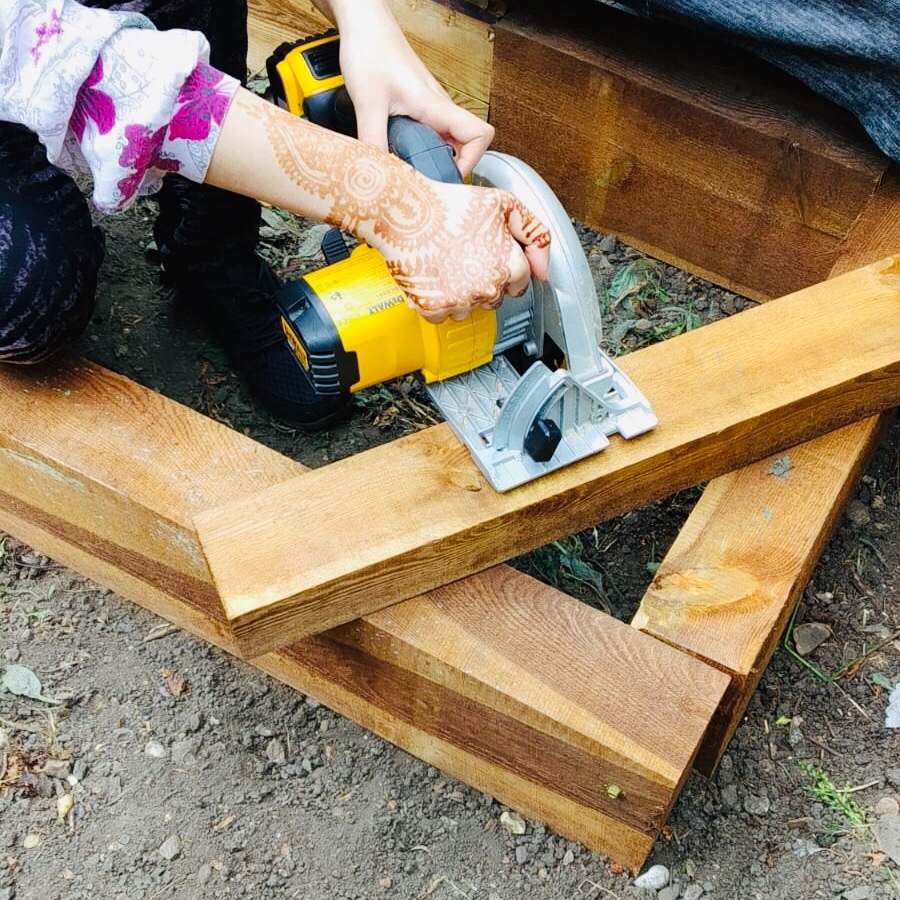 Another interesting concept was ‘‘intimate power’ (a term which Batliwala borrows from theorists VeneKlasen & Miller) to signify the dimension of power or powerlessness that a person feels within themselves, such as self-value and bodily autonomy or lack thereof, inherently relevant to the issue of domestic violence. This dimension of intimate power was implicitly engaged with in sessions, both by including and supporting the participating women in experiencing small successes as well as having their ideas, thoughts and feelings prioritized and valued, while making sure all kinds of participation was voluntary rather than mandatory. Furthermore, the women were occasionally encouraged to try challenging or traditionally masculine tasks, which was empowering by rejecting limiting gender stereotypes, potentially adding to their sense of intimate power within the safety of supportive female spaces.

At the core of ecofeminism are values of partnership, as expressed by ecofeminists such as Carolyn Merchant and Vandana Shiva. Sensitivity, inclusivity and connectivity are central to this, both in the relations between humans and nature as well as between humans. I found that interactions and the processes of engaging in the Soil Sisters programme reflected these values in practice, co-creating green spaces and engaging with and within them to make inclusive spaces of sharing with the participating women through being sensitive and prioritizing the process rather than the goal. However, the structure also presented a recurring issue, as flexibility was prioritised over constancy, both due to the aim of co-creating content with women while also being an effect of the refuges, with residents coming and going and not participating regularly in the sessions, enhanced by session leaders not wanting participation to be mandatory, as that would limit women’s intimate power. However, the versatile and dynamic spaces of empowerment that the programme creates, I would argue, is enabled through persistently enacting these values in practice, most importantly in the combination of engaging connectively with nature and therapeutic gardening through principles of feminist leadership and shared power.

By Simone Due Rasmussen, Wen Volunteer (first on left on cover photo)

One thought on “SOIL SISTERS – ECOFEMINISM IN PRACTICE”