What a fantastic night!

The Wen forum at The University of Manchester on the 11th March was buzzing and humming with excitement, as well as all round good vibrations.

Champagne glasses clinked, canapés circled and the crowd glowed. Organised by a dedicated team of volunteers from Wen and the University of Manchester, it was delightful to see the amazing support this event received and such a brilliant turn out in numbers.

The room settled for the speakers to begin, the audience was poised for discussion.

Zarina Ahmad, of race equality organisation CEMVO Scotland, opened and wowed with a speech on both the multifaceted nature of her work as a climate change trainer and a personal story. She described the pivotal moment she experienced racism and sexism in the environmental field which set her on the path she occupies today. She also wants to bring religious leaders into the environmental debate.

Tina Rothery, anti-fracking campaigner and co-founder of accessible activism group The Nanas, hit the audience with statistics, news stories and a flavour of how her and a group of concerned grandmothers kicked back against fracking giant Cuadrilla – staging more than 1000 days of protest and holding public meetings country-wide. Her humour, warmth and passion shone through, making us laugh, gasp and want to cry all at the same time. 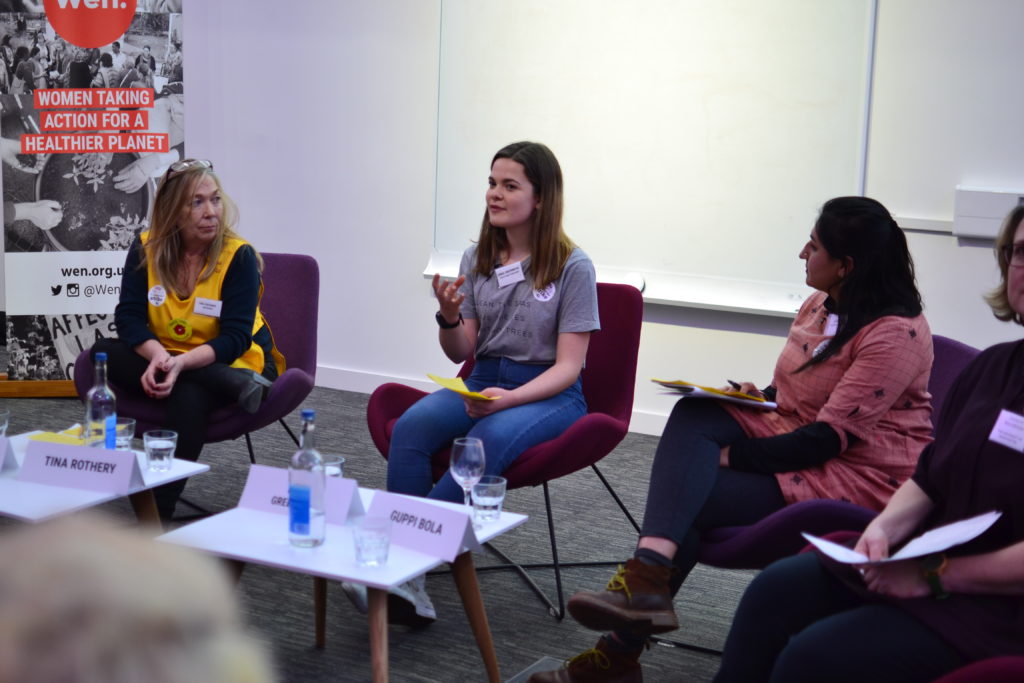 Emma Greenwood, Youth MP for Bury, spoke with eloquence, clarity and confidence. She described how the mobilisation of young people, the creation of a Youth Parliament and the Youth Strikes provided a vehicle for her and her passion to create a better future. From feeling voiceless to speaking at events and panels, she described how she channels her fears into positive action participating in public debate as a young woman today.

Guppi Bola, co-founder of Working on Our Power, an environmental leadership programme for women and non-binary people of colour, spoke about intersectionality and the need for honesty. Including, calling people out if they seek sustainable solutions but still are a d*** to her as a woman of colour. Guppi led into the audience discussion topic – a Feminist Green New Deal – by talking about the importance of having representation of all segments of the community in decision making bodies like government, as well as the NGO and charity sector.

Sherilyn MacGregor, panel chair, invited audience participation in the form of comments and written feedback on the first draft of a Feminist Green New Deal policy paper commissioned by The Women’s Budget Group and in partnership with Wen, ahead of the COP26 environmental summit taking place in Glasgow in November this year.

A Feminist Green New Deal critiques current Green New Deal proposals in which sustainable growth is centred around male-dominated industries like construction, engineering, economics and business,  whilst failing to look at social (in tandem with physical) infrastructure. This is despite social infrastructure such as high quality care work being fundamental to human flourishing and at the same time extremely low carbon. Solutions that fail to take into account social issues, many of which fall on women and marginalised communities first, will only replicate the inequalities that have created the situation we find ourselves in today.  The Feminist Green New Deal policy paper is advocating for the care sector to be central to any Green New Deal approach.

For a truly Feminist Green New Deal, the approaches, strengths and critiques of feminism – the tenets of equality – must be integrated and put into tangible plans. 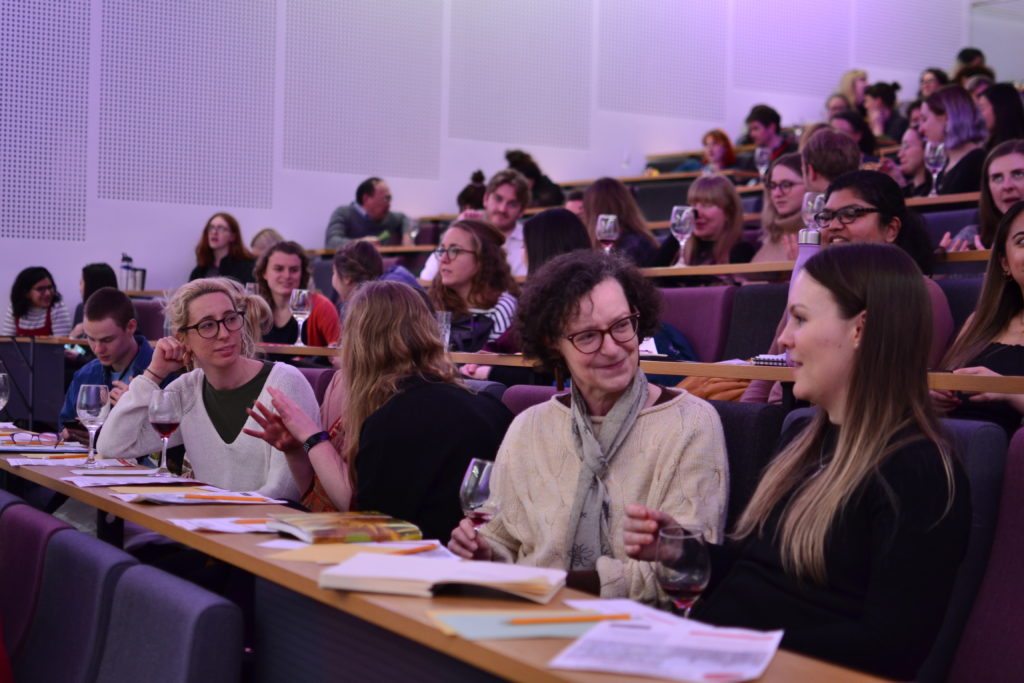 An engaged audience of open and willing minds addressing the topic can only lead to constructive change. This is the hope that fuels events like this week’s. Feedback taken from participants at the event is being integrated into the Feminist Green New Deal proposals headed by Prof Sherilyn MacGregor which aim to complement WEDO’s (Women’s Environment and Development Organisation) work in this area.  Please send us your ideas of what you’d like to see in a Feminist Green New Deal.