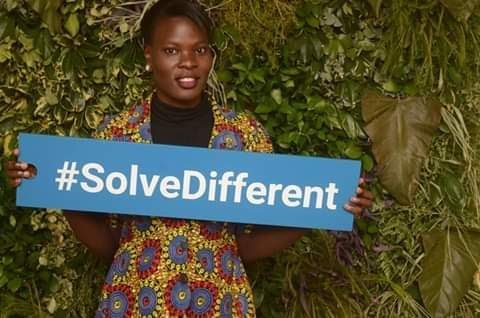 Pauline Owiti is a National Coordinator at the UN Climate Conference of Youth, COY16. She is a climate activist for KEAN, Kenyan Environmental Action Network, XR and Fridays for Future; and an organiser with Mock COP. She is the Director of Sustainable Development Goals for the African Youth Development Commission, a Global Peace Ambassador, Vice President of the Global Pan Africanism Network and a Youth Policy Advisory Council Member for the Sustainable Ocean Alliance. Her academic background is in agriculture and human ecology. We spoke to her to find out more about her work, climate activism in Kenya, and why she thinks climate justice is a feminist issue.

Pauline, you’re involved in a huge range of work. Can you tell us a bit more about your work and any projects you’re part of?

I’ve done most of my work in relation to climate. I have a foundation dealing with drought-resilient crops training the community to divert to crops able to resist climate change effects. We teach them how to grow cassava, the indigenous sweet potatoes, provide education, tell them the reasons we’re experiencing such effects… We tell them the suitable crops able to thrive in such a situation and provide demonstrations. We provide them with the necessary agronomical practices they can use.

The second is part of KEAN, the Kenyan Environmental Action Network, where we create environmental awareness within Kenya. We’re running a campaign called “Africa is not a dump site” to stop the US – Kenya trade deal. Currently, the US and Kenya have a trade deal to allow the US to bring 500 million tonnes of plastic into Kenya so they can build a recycling waste centre. We feel like that’s a bad deal. They could have a plastic recycling company in their country. In Kenya, urbanization is taking place very fast. We also have a problem with waste management. We don’t know how to manage our waste ourselves. If another 500 million tonnes of waste from the US is added to us it will be chaos. We’re doing this to enable the government to stop the deal and do away with it.

A successful campaign we did was saving Nairobi National Park to stop human encroachment such as building a hotel within the park. The government wanted to build an airstrip so we felt if such stuff is allowed, other investments may well be allowed in the parks some other time. That is a successful campaign – it was stopped! 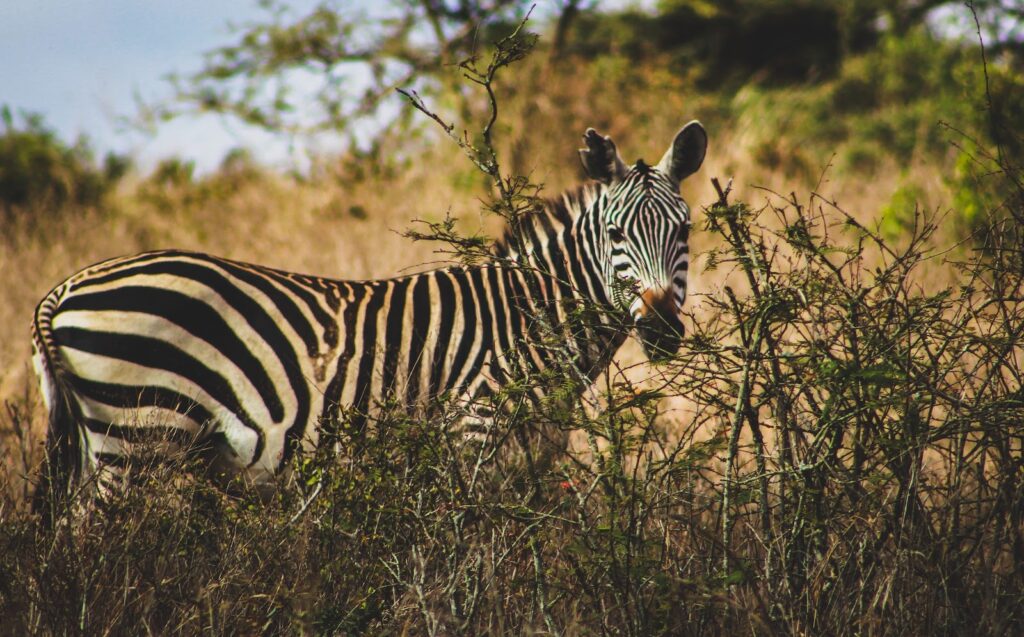 Within other organizations, I’m the national coordinator for COY16 Keyna. We’re ensuring that people from the global south, especially Africa, are present during the conference of youth a week before COP26. Most of the people from the global south within Africa don’t always go to these COY and COP events. So, what are the challenges they face? Maybe the information, maybe the transportation to the event. So my work is to ensure information is given to people within Kenya, and to liaise with the government so they can have a delegation that comprises the youth for COY and COP events.

I’m also in Mock COP as event coordinator for Africa. After the postponement of COP26, we [the youth] felt we could not just sit back. It’s important for the youth to have their COP events that will ensure leaders and politicians know that young people can also organise. The intention was to show the world what will happen if young people lead the events. We came up with a treaty. It’s a declaration the delegates came up with. It was structured within our conference team – climate education and disease were touched on, climate justice, especially the global south, how the global north is interfering with the south, and mental wellbeing. We thought it’s an important factor to ensure that eco anxiety is captured within discussions. Those were our main themes and these are the things I’m involved in.

“Here, we rely on rainfed agriculture… everything we eat comes from the local farm”

What led you to get involved in environmental activism?

When you’re walking around [in Kenya], you hear people say, “things have changed”, and you wonder why. When you ask, they’ll tell you, “we no longer get the same production of maize as we used to”. Here, we rely on rainfed agriculture for production and everything we eat comes from the local farm. People complain things are no longer the same as before. They’re not planting, those that are still planting – the production has gone down. So, when I went to school, we started discussing what we could help people with. We formed a group after the class. The main aim was helping those in business. When we first started, it wasn’t going well… The businesses people were coming up with were agrobusiness so they get their produce from the farmers who are complaining.

When we dug into the root cause we found that everything was about climate. So that’s when we started our Climate Action group in 2016 – focusing on farmers to provide them with climate education. So, that’s when I started doing climate action and I realised it wasn’t only my area. So I thought it was good to focus on the whole of Kenya. After that, I found there are other people also championing the same thing. So I joined other groups to ensure that our voices are heard.

Working across levels yourself, what do you see as the main differences between local, national and global climate justice efforts? 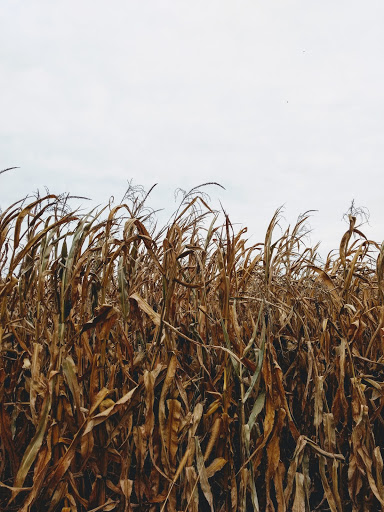 “I will not do a hunger strike in Kenya. I’m already hungry sometimes!“

I’ve been involved in groups like XR and Fridays for Future. Their strategy of taking action on climate won’t work for me, like, a hunger strike or rebelling in Kenya. I will not do a hunger strike in Kenya. I’m already hungry sometimes! When I try to rebel, the government will feel I’m opposing them so I’ll fall into trouble. So such strategies don’t always work.

So, with Fridays for Future I have a new strategy. Every Friday I go to local schools to teach them about kitchen gardening, how they could benefit, and plant some woodlots. This is different from Fridays for Future at the international levels. [With hunger strikes] my parents will say, “that’s good, we can use the food tomorrow”. They won’t even care! If we teach them practical agricultural and agroforestry it will benefit them. Trees if they’re grown, they make desks. Vegetables grown from the kitchen garden, they use to eat. So that’s a strategy that’s good at local level. That’s the main difference. 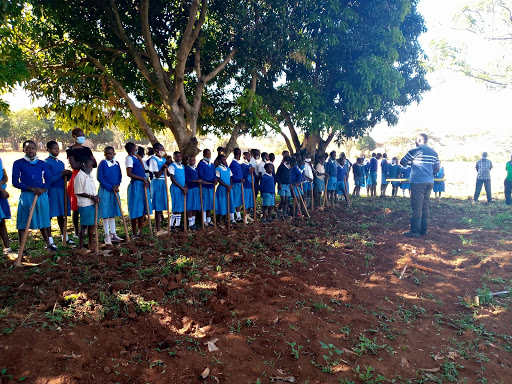 You’re a signatory of the SheChangesClimate campaign can you say a little bit about the campaign and why you got involved?

That came after the UK COP team decided they could have only men on the planning of COP at the initial stages. When I read about this, I thought why? That’s like before when we were bonded by culture, where women cannot make decisions but now…I’m from an Indigenous community, even in our community the culture is changing… Why would they have that! I thought it was important for women to have the same power on the same decision-making table. I said, this is important, let me be a signatory and champion for women’s leadership. So, it has changed -really. That pressure made them realise that we need to have women making decisions. I wonder why they need to be told we should have women in decision-making. They don’t have to be told?

“The UK COP team decided they could have only men on the planning… I wonder why they need to be told we should have women in decision-making?“ 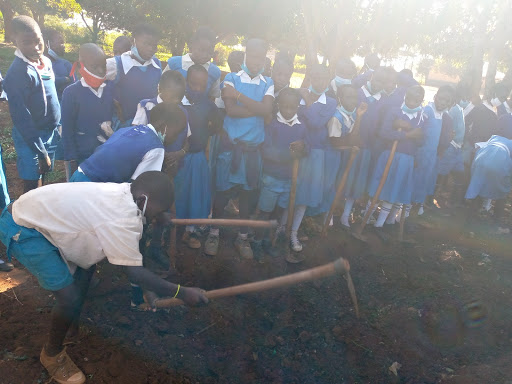 Why is climate justice a feminist issue?

Climate justice is a feminist issue because looking at our culture, women are the ones involved in bringing up children, food, and everything. So you find that these issues, especially food, have been affected by climate change and women are suffering. In our culture it’s the part of the woman to get food. It’s the part of the woman to go to the farm and do everything. If they don’t get what they’re supposed to, everything affects them. Their marriages fail, they sleep hungry taking care of the children, they get malnourished. It’s extreme to the extent there is war. The women cannot run away. In most places the percentages of women killed is high. The woman wants to protect the children when there’s war. She wants to make sure that she goes with all the children but that will delay her. So it really affects them.

In terms of global conversations around climate justice, are there any unique insights you feel you bring coming from Kenya?

Oh yes. The one I told you about: strategy. Taking action for climate, we should look for strategies that favour and benefit everyone. We also should have youth, especially from Africa, getting engaged and recognised in climate activities.

One thing I always wondered…climate change has really affected us here and it’s ongoing… I don’t know how much it has affected people in the global north. The extent it has affected us in sub-saharan Africa is really high. You find companies or leaders from the global north are making decisions that don’t favour us here in the global south and so effects increase. I was doing a project around Lake Victoria and the companies releasing chemicals in the lake are not even African companies. They are from western countries. You find most fish die. People are picking these dead fish and eating them. The decisions people from the global north are making are affecting us. We are saying but getting ignored. If that could be put into consideration that could be a good thing and really help us.

Yes, the Mock COP treaty. If they could read and share with their leaders: www.mockcop.org/treaty

The part about how you can incorporate school learning with Indigenous knowledge and with nature  especially- the ecological part of the treaty. If they can take it to their leaders before the next COP event in November.

Thank you so much for speaking with me today, Pauline!