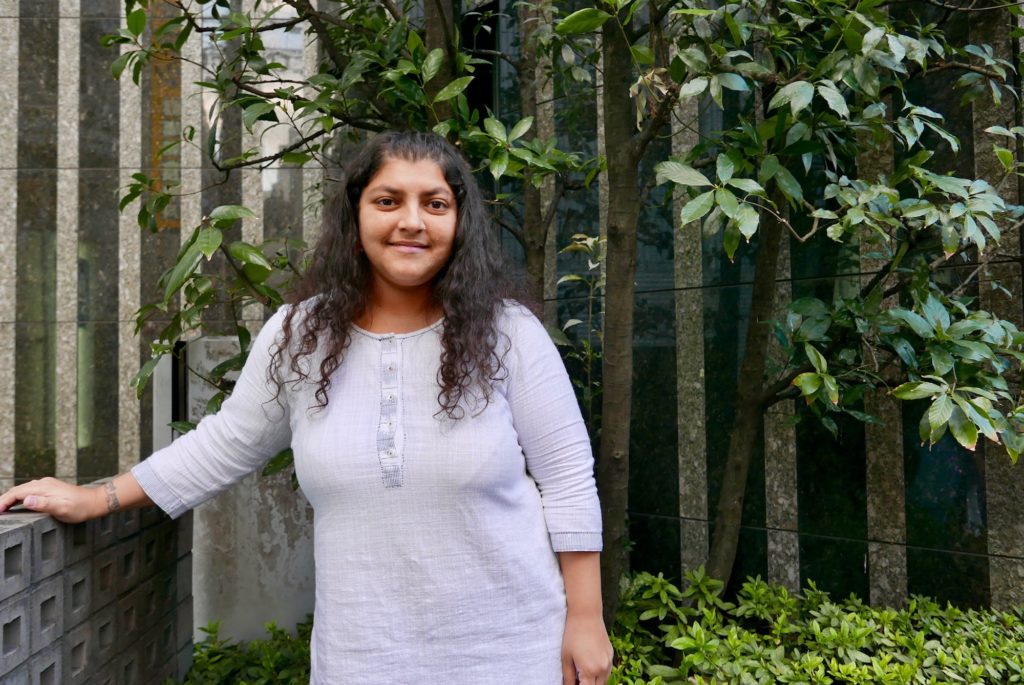 Louise Turner, Wen volunteer speaks to Dipti Bhatnagar, International Programme Coordinator on Climate Justice and Energy with Friends of the Earth International based in Mozambique.

Dipti is an environmental scientist by training, and activist for twenty years, She focuses on ‘climate justice’, using the term to encapsulate the myriad issues creating our global crisis spanning far beyond the scientific. I spoke to her about local, just energy solutions, system change, and using a critical feminist lens to evaluate climate ‘solutions’ to ensure they’re fit for purpose..

Dipti, what led you to work in climate justice?

I’ve been an activist for 20 years and it’s the only way that I know how to be. I feel driven by a sense of justice. I feel that for all the privileges I’ve been given, the class I was born into, the education I managed to get, it’s shockingly obvious the inequality that exists. I couldn’t be anything else but an activist trying to correct some of those dynamics.

I was in the US when 9/11 happened and became involved in the antiwar and antiracism movements at that time, and the movement for immigrant rights – I myself was an immigrant there. That started me on the path which has led me to today, almost 20 years later, where I’m trying to hold a systemic understanding of the world and fight the injustices going on.

I also worked for many years in the Narmada river valley in central India, where there has been a movement since 1985 fighting destructive dams and it’s one of the most beautiful movements in the world. It taught me to value the fight for justice and for a safe environment.

You mention the word “systemic”, what do you mean by that?

The problems we are facing right now are not by accident, and they cannot be reduced to their individual elements. Climate change is being reduced down to a carbon problem – we’re putting too much C02 into the atmosphere hence that’s causing the problem. It absolutely can’t be reduced down like that! Climate change is linked with racism, genocide, patriarchy and other such systemic oppressions that have unfolded over centuries. We’re facing many other crises like the biodiversity crisis, a food crisis, an unemployment crisis, and right now a pandemic which is also a result of the way we treat the earth.

When I say we’re looking at systemic analysis, it means looking at all of these problems and crises together, how they’re connected, and, how there are system issues from which they all emerge. Global North countries including the UK, US, Australia, etc, are focusing on current emissions but, we need to look at historic emissions, starting in the mid-1800s – those emissions are all still in the atmosphere right now causing damage. We need to look at this from a historical responsibility perspective.

And, it’s not just about emissions in the 1800s. What context did we find ourselves in, as a planet, in the 1800s, in the middle of colonialism and years of racism, genocide and stealing resources from the South whilst enriching the North? This is the context that brings us to today and we need to understand this when we talk about the systemic perspective and fighting back. 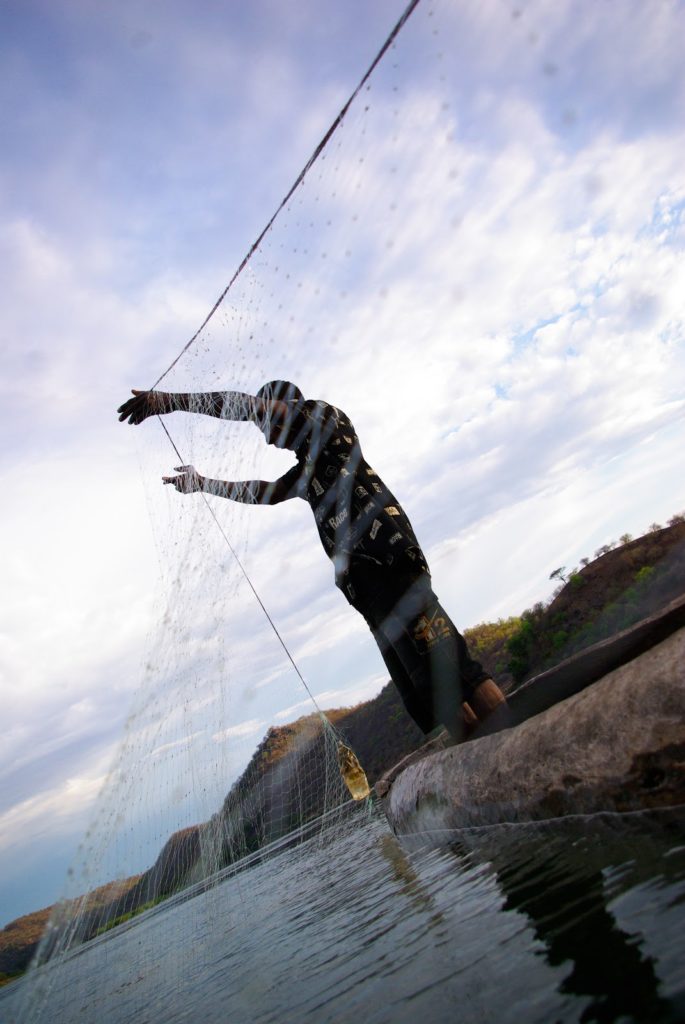 “Climate change is linked with racism, genocide, patriarchy and all kinds of systemic issues”

Why is climate justice a feminist issue?

Climate justice for me by definition is understanding inequality. It’s so important to target all oppressions, and, to understand the role that patriarchy plays in enabling capitalism and in bringing us to where we are.

Capitalism needs and uses women’s bodies to do free care labour. Women are responsible for raising the next generation, putting food on the table, everything that keeps us alive, but their work isn’t valued. Care work isn’t valued at all. So we need to take these multiple oppressions into account.

Climate change impacts the poorest and most vulnerable people on the planet the most, who did the least to create the crisis. And that’s why we call for climate justice in response. It isn’t just a carbon problem. We need to target the drivers of the crisis. We need to be careful about so-called solutions, many of which are false solutions and they are only deepening some of the other crises. That’s extremely dangerous for us as feminists and ecofeminists who are working on environmental justice issues and working to dismantle patriarchy.

Are you saying we need to ensure climate solutions are feminist?

Absolutely. In addition to doing all of the work in the homes, women do most of the work in the fields, as well. Those fields, those lands, their forests, their lakes, are now a target by capital for schemes like “net zero” and “Nature Based Solutions” which sound nice but in effect are about grabbing someone’s land, forest, lake in the global south to turn it into a carbon sink. They say it will reduce emissions but what is really needed to reduce emissions is to stop fossil fuels at source. Women are the ones mostly using those ecosystems to keep their families and the ecosystems alive. So we need to be really careful about this. The forests, lands and water bodies which communities and women are using to keep themselves alive, need to be completely off-limits. This is not your carbon sink. This is somebody’s livelihood.

Friends of the Earth (FoE) England, Wales and Northern Ireland has taken the UK government to court because of their loan to the Mozambique gas project recently. In the north of Mozambique, where gas exploration is going on, there is a huge spike in militarisation and insurgency. People already being displaced for gas infrastructure, now also face this insecurity. We know that fossil fuels bring militarisation. We have seen it in many places in the world, over and over again. At Justiça Ambiental (FoE Mozambique), we’ve been saying for years that this is what extractivism will do to our country, that this is what will happen if you try to exploit that gas – so don’t do it! We know Mozambique doesn’t have a historical responsibility for climate change but that doesn’t mean our country extracts more fossil fuels out of the ground. We want to be part of the solution, not the problem.

“The forests, lands and water bodies which communities and women are using to keep themselves alive, need to be completely off-limits”

Are solutions which exist not currently being used?

We have the solutions for the future we want to see. The People Power Now Energy Manifesto (FoE International) published in 2018 talks about the principles, the value-system, that needs to be part of the energy system future. It isn’t a technical problem – it’s not just about converting a coal mine or a mega-dam to a big solar plant. It matters who owns that solar plant. Is it a corporation charging people a lot of money for energy and grabbing land to make that solar farm?

The industrial food system is also a huge contributor to climate change. Again, huge tracts of land, usually being stolen from subsistence farmers. Here in Mozambique, we just this year fought off the Prosavana programme which was going to be this huge land grab for industrial agriculture.

So, we definitely need to stop industrial agriculture because peasant agriculture at the moment feeds 70% of the world and this is something really important to understand. It’s not Monsanto, it’s not Tyson Foods, actually feeding the world. It’s peasant agriculture that’s feeding the world and we need to support them, protect their land rights, make sure their land isn’t taken away, and support their ability to produce food. Peasant agroecology needs to be part of our future solutions. 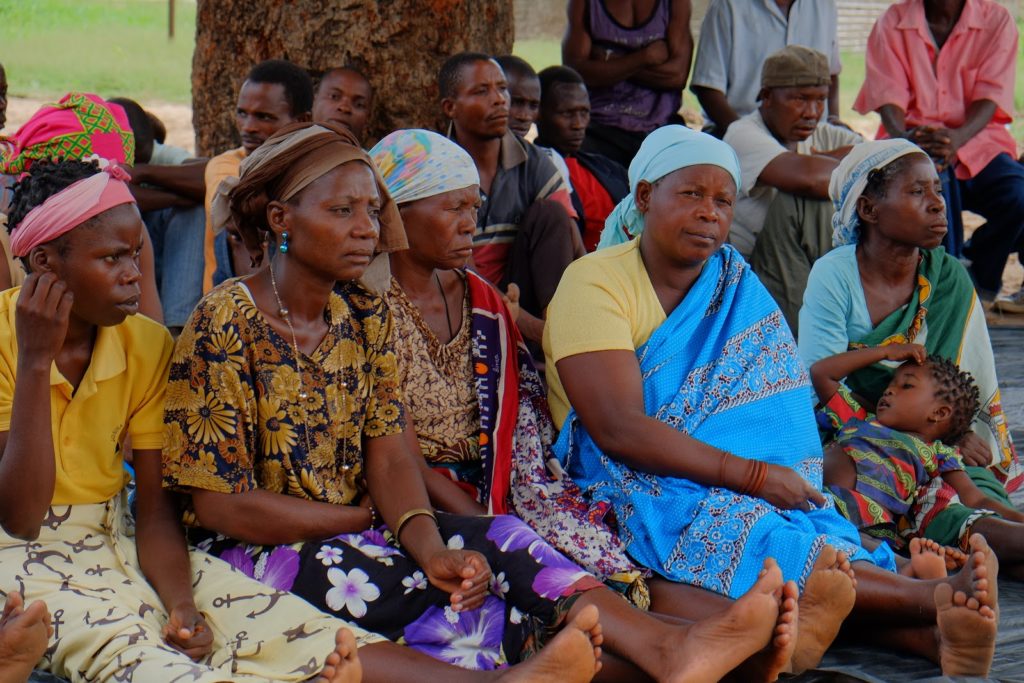 So these solutions, whether we are talking about new economic justice models, cooperatives, new ways of being, all come down to a change in values. We need to value care. This is something the pandemic has shown us more than ever before.

It’s up to us whether we want to listen as a society. We need to have a change in value systems where care is valued, recognised and given importance. Instead, our system at the moment is giving importance to fossil fuel companies that destroy the planet and we need to flip that on its head. And gender justice and dismantling patriarchy absolutely has to be a really important part of that future world.

Thank you so much for speaking with me today, Dipti, it’s been a pleasure.

One thought on “CLIMATE CHANGE IS MORE THAN CO2 EMISSIONS. ALL SYSTEMS OF OPPRESSION ARE DRIVING THE CRISIS! – DIPTI BHATNAGAR”