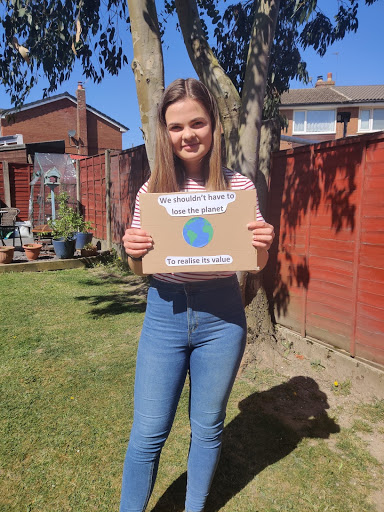 Emma Greenwood is Youth MP for Bury and a climate activist. She is part of Youth Strike Manchester and is 16 years old. Emma was a panel speaker at the Wen Forum discussion of climate justice and feminism back in March. I spoke to her to find out more about the work that she does as well as her views…

Emma, for those that don’t know, what is a Youth MP?

A Youth MP is someone between the ages of 11-18  that represents all of the young people in their constituency. They’re democratically elected in a vote and it can range from having a 1 year term to a 2 year term. So mine at Bury is 2 years and I’m in my second year at the moment.

Do you think you’ll continue after your second year?

What’s your favourite part of your work?

It’s the intergenerational work for me. I love being that bridge between older generations and young people because I think that the solution to climate justice is found by working together. You can’t just have a voice from one generation while ignoring the other. So I love working with older people to do that work.

What unique strengths do you think young people like yourself bring?

I think a lot of it is our openness, our acceptance and our determination to change things.

Past generations have looked at things and gone with it whereas I think there’s a sense of rebellion in young people now which is to our advantage. It means that we’re fighting for justice and equality which I hope will make a better future especially when it comes to accessibility, people being able to be who they want and making sure we value things.

How have you adapted your work to the lock-down?

I think we’re quite fortunate in the sense that a lot of the environmental stuff that we did already was digital because we work across the UK and the globe. So networks-wise we’re already connected which is definitely an advantage but obviously we can’t do the youth strikes themselves. So, we’re doing digital strikes which is where you post a picture of yourself online with a climate placard to try and raise awareness of the different aspects of the climate crisis.

There is a different theme every week – so this week we’ve got ‘protect the forests’ and we’re doing one called ‘defend the defenders’ which is about indigenous tribes around the world.

We’re also creating resources that we hope we can use post Covid to utilise that reintegration time to make sure that we shift how we value things to become more sustainable.

“I love being that bridge between older generations and young people 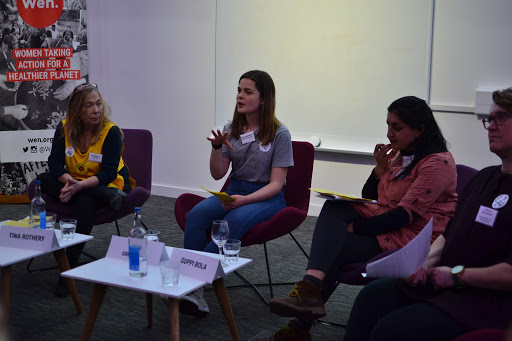 On Twitter, you describe yourself as an “eco-loving feminist”, can you say what that means to you?

So that’s: not leaving the Global South behind, about worldwide change, making sure there’s equality and that countries with a lower income are not left behind. I want to make sure that no matter your age, gender or your [countries’] economic process, you’re not disadvantaged by the climate crisis and you’re able to take the action you need to and want to.

Why would you say climate justice is a feminist issue?

For me it’s because it’s all about equality. There isn’t one set group of people that can solve this. It has to be an all-in effort or it won’t be sustainable and we won’t get the change we need to save our planet.

So in a sense if you’re a feminist and you believe in equality then you’re part of the climate justice movement as well because it focuses on making sure everyone around the world is safe and has access to a safe place to live.

How did you discover feminism?

I‘d say from my upbringing more than anything. My parents have raised me with a big interest in equality and valuing the privilege that I have and how I can use that to help others. I’ve always seen that I have a privilege and I’ve always wanted to use it to benefit those around me. 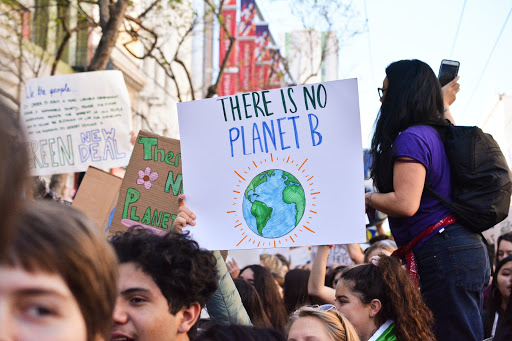 [Photo by Li-An Lim on Unsplash]

Who would you say inspires you and why?

I think part of it’s obviously my parents, that’s a big one because of how they raised me.

Do you feel young people have to put themselves on the line to be that voice?

Definitely. I think a lot of the time for young people, it’s like ‘oh they’re off school, they’re just striking’ and it is so much more than just a strike.

The pressure you get from school and the stress that can put on students, as well as the judgement you can get from those around you, it’s a lot to deal with, and it’s not easy.

Do you feel that there’s now more understanding now of the reasons why young people are striking?

There definitely is. I think there was that shift with the government supporting us.

So I think over the year, as we’ve become a legitimate organisation, we’ve had a lot of political support. It has definitely helped. 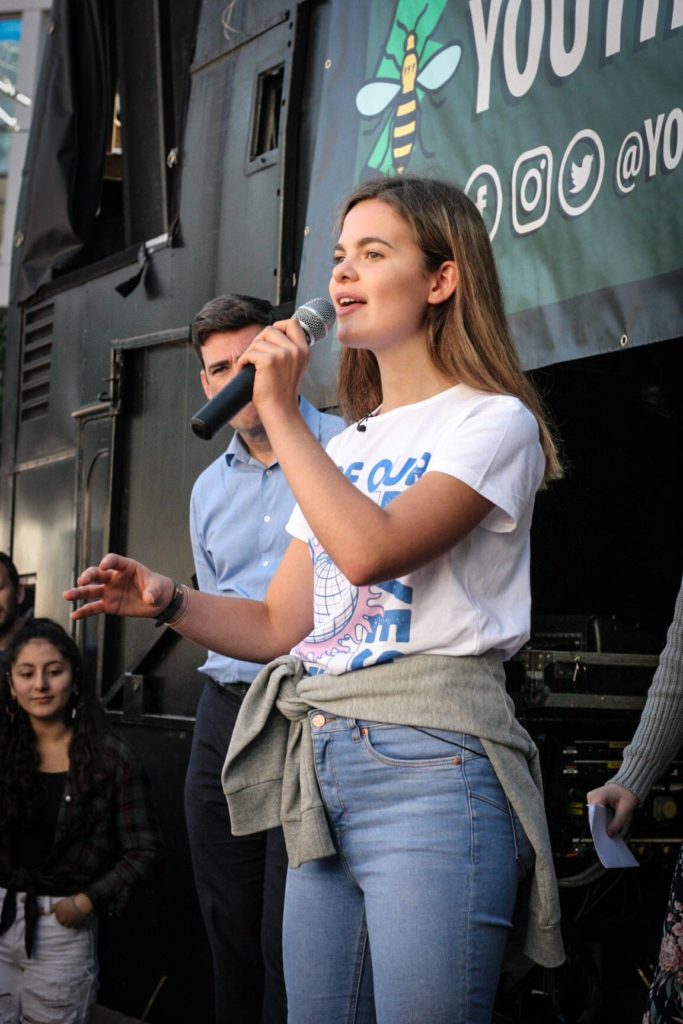 As a climate activist and youth MP, you bridge politics and activism… Do you think there’s something to be said for bringing the two things together?

Definitely, I think it’s the sense of: it’s system change not climate change.

There’s a certain length that individual action can go to but what we need is systematic change and the main way to get that is politically and through legislation. So I’m really glad that I’m in both of those bubbles to try and tackle it.

Is that something that motivated you to become a Youth MP or did the two come together?

So the first youth strike was February 2019 and that’s also when I got elected so they both just kind of fell into place. I’d had the interest since I was younger in both but the perfect timing of having the momentum of both to push I think has really helped me as an individual accelerate the change that I want to see.

What do you think could be achieved in the next twenty years?

A lot of it is, I hope, with my generation, we’ll come and be more accepting and go out of our way to make things equal.

Obviously at the moment there is a disparity within the climate action movement when it comes to race especially whether that’s due to economic or cultural limits. We’re working now actively to try and change that and to make it more accessible.

I hope that in the future with my generation it means that more people can access the opportunities and be the change they want to see and that the barriers that people now experience won’t be as big.

And finally for other young people learning about these issues where would you direct them?

A lot of it’s online. There’s so many environmental groups in the UK. We’re a very active country in that sense. There’s different groups for the level that you want to go to. Friends of the Earth is a really accessible one.

There’s so many actions that you can do as an individual to push for a bigger change and you can give as little or as much time as you want but anything that you can do is extremely valuable.

Thanks so much for speaking with me, Emma.