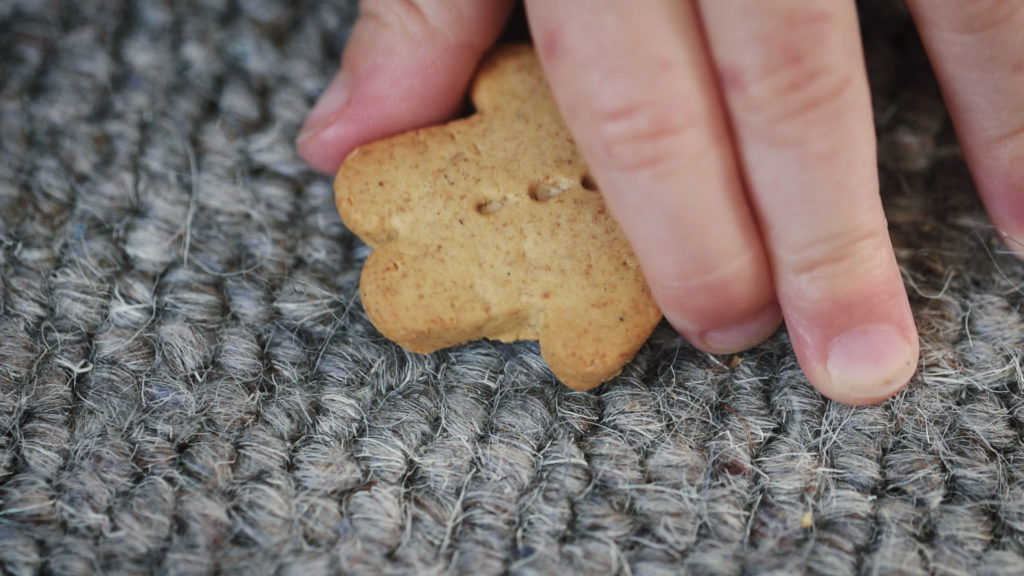 There is an increasing awareness among consumers that the products we have in our homes are in some cases impacting negatively on our health. It’s been estimated that 90% of UK homes have carpet, more than any other country – but how much do we know about the carpets we buy? A recent report by the Changing Markets Foundation, the Health and Environment Alliance (HEAL) and other European NGOs revealed that carpets sold by some of Europe’s largest producers contain toxic chemicals, including suspected carcinogens, endocrine disruptors and other substances causing developmental harm.
As part of the investigation, researchers from the Universities of Amsterdam and Notre Dame and the Ecology Center tested samples of products sold by the seven largest carpet companies in Europe – Interface, Desso (Tarkett), Beaulieu International Group, Balta Industries, Milliken, Associated Weavers and Forbo – for a number of different chemicals. In total, 12 of the 15 samples were found to contain chemicals of concern. In particular, the investigation discovered a number of phthalates in the carpets, which are plasticizers, commonly used in PVC carpet backing to make it flexible. Phthalates have attracted attention in recent years because of their negative health impacts; many are considered to be endocrine disruptors, and reproductive toxicants. They are also able to migrate, or leach, from materials over time. The Westbond carpet, sold by the company Forbo, was found to contain a phthalate called DEHP, which has been banned by EU legislation for use in children’s toys; but its use continues to be allowed in carpets containing recycled content. Considering the amount of time babies and young children may spend on a carpet, and their vulnerability to chemical exposure – through the inhalation of fumes, ingestion of carpet (micro)fibres through hand-to-mouth behaviours, and increased skin contact on carpets – this oversight in regulation is worrying, and our report called for an end of exemptions for chemicals in recycled materials. Flame retardants were found in two carpets, both sold by Milliken, a US company with a production base in the UK. One of these, a flame retardant called TDCPP, is a suspected carcinogen. Similarly to DEHP, TDCPP is restricted for use in children’s toys; again, this restriction does not apply to carpets. The presence of toxic substances in carpets is problematic in two ways – both from a health perspective, but also in relation to recycling. 2018 has been the year the world has woken up to the issues surrounding plastic pollution. Many people don’t realise that carpets are also mostly made of plastics. In a world of increasingly limited resources, we need to start reusing and recycling plastic to keep it out of landfills and incinerators. Technology for recycling carpets exists, but needs to be scaled up. At the same time, recycling must not come at the expense of consumers’ health. Better designed products that would fit within circular economy already exist. In three of the carpets tested no toxic substances were detected – Composure by Interface; Airmaster by Desso (Tarkett) and Beaulieu Avenue. Promisingly, the Interface and Desso (Tarkett) carpets also contained recycled content, demonstrating that recycled content can be reused in new products in a way that is safe for consumers. This report is a wakeup call for the carpet industry. Carpets are a long lasting product, with an average lifespan of 10 to 15 years. The industry should ramp up the sales of fully recyclable products that are designed without toxic chemicals, while policy-makers should take action to ensure that loopholes in EU chemical regulation are closed. One of the key elements encouraging the industry to move in the right direction are also measures to realise circular economy in the carpets sector through enhanced producer responsibility, such as legislation already in place in California. In our resource-constrained world even the carpet sector can no longer afford to do business as usual. Research for this report was carried out by the Vrije Universiteit (VU) Amsterdam, the Ecology Center (Michigan) and the University of Notre Dame (Indiana).