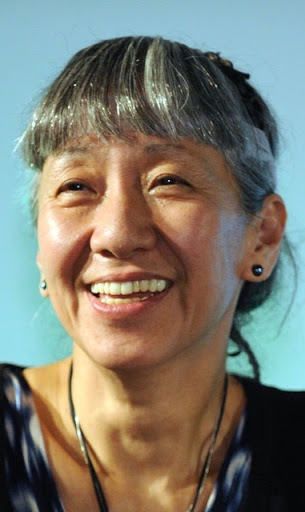 Louise Turner talks to Judy about access to nature, Black and ethnic minority visibility, the history of BEN since its creation in 1987 and the perspectives underpinning her work…

What led you to create the Black Environment Network?

Well, you know, all organisations in the voluntary sector, they start by having a group of friends sitting round the table.

Having dinner, chatting, and someone says, “you know, we never see any ethnic minorities in the environmental sector”.  Then, someone else says, “well, why don’t we do something about it?” So, the conversations go on and then, an opportunity comes.

It was European Year of The Environment and one of the people round the table spotted the grant and said, “this is an opportunity. Why don’t we kick off with an award scheme to find out what Black and ethnic minorities really think or want to do in the environmental sector?”

So, it was three thousand pounds from the European Year of The Environment kicked off with a small award scheme called The Ethnic Minority Award Scheme.

It was amazing, looking back on why it succeeded, it was so simple. The grant scheme had no criteria. All it said was, on the little poster was, “Do you belong to an ethnic minority? – Do you want to do an environmental project? – Do you want some money?” 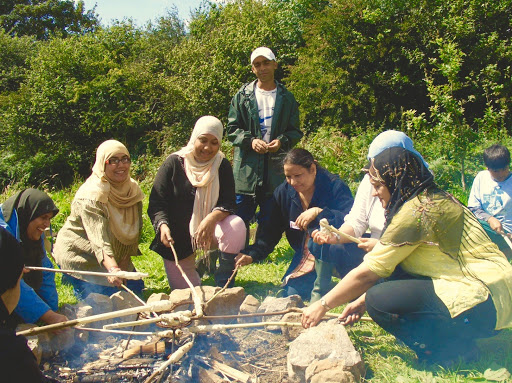 It was amazing. It opened an arena of understanding people – not trying to fit into anything.

People would come up with ideas and they wanted very little money. The average was something like £50.

Would you say it was important to give communities the chance to do what they wanted?

In the days of 1987, the sector was really pure nature conservation. Planting vegetables was laughed at by the environmental sector! They said, how can you call that an environmental project? They couldn’t see it. With ordinary people now it’s acceptable that food is seen as part of nature.

In those times, they didn’t think about people, never mind ethnic minorities. What they thought about was people who were devoted to nature wanting to volunteer for nature. They found it very strange talking about benefits to people, and whether they can enjoy the countryside.

We began to develop what we called model projects and when we wanted to do things like a trip into the countryside to visit a nature reserve, they found it strange. They said, “you mean you want us to spend time for people to go out for a jaunt? We want you to come and work for nature, not come and see it”.

Over thirty years of environmental participation experience, I can collapse the process of involvement into two phrases: we love what we enjoy and we protect what we love. If you don’t have access – enjoying and being in contact with something – and you’re not part of it, how would you suddenly jump up and say, “I want to protect it”?

I challenged the environmental sector and said, “do any of you volunteer on a council estate?”

They said, “why would we do that?”

I said, “ as you’re not in touch with the people or the issues, you have no feelings about it. Would you suddenly appear in a council estate and want to volunteer?” 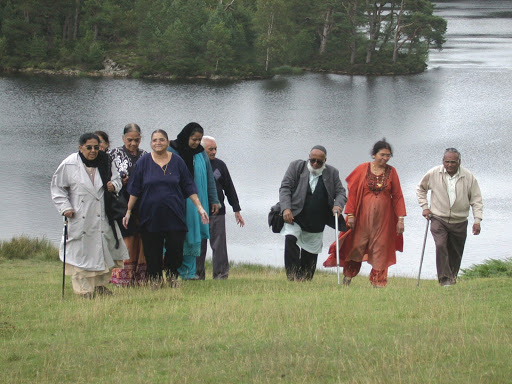 Can you say more about the model projects?

Well, this work was a pioneering venture. We had nothing to copy, we had to create it serving the situation, what people want to do, and to make links in the thinking.

Ways of going forward were developed from observation, looking at the barriers and how people may become connected – to make the most of that and build the links. So that’s what we mean by developing model projects.

We got money to do vegetable gardens, for people for the first time to go into the countryside and see a nature reserve, see a forest, a place that is wild. In the cities where more of the ethnic minorities are – even the most beautifully taken care of park does not really give you a sense of wildness. To be in touch with wildness you have to create opportunities.

You have to take people to nature reserves. They need to see an ancient woodland. They need to see a real river, habitats and wildlife. When they come back into the city, they carry the memory and the way of seeing is also transformed. 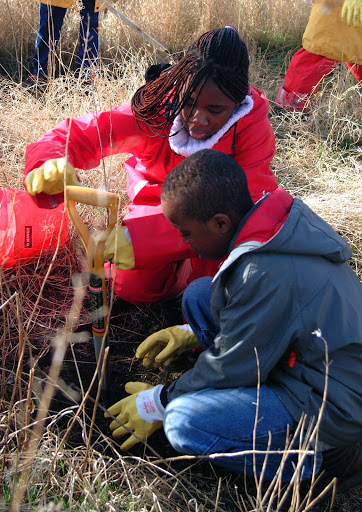 This was the formula. We found that when people did access nature, they did want to protect nature and do things. We opened up a different way of looking at participation. What we did also inspired the environmental sector to begin to look at White disadvantaged groups using the same model.

Access to nature is fundamental but sadly in one of your lectures, you shared that the BAME (Black, Asian, Minority Ethnic) community visit the natural environment 60% less than the rest of the adult English population.

What can be done to improve this access for Black and ethnic minority communities? 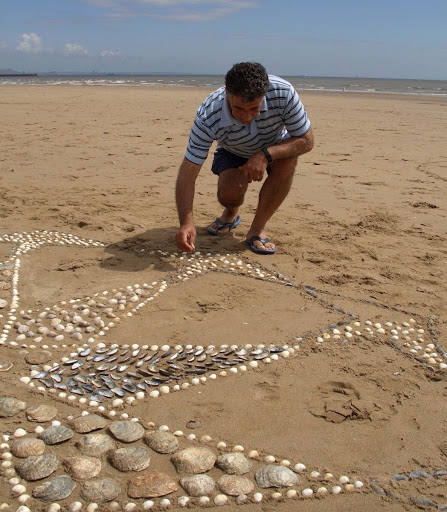 So there has to be a continual investment in taking people into the countryside to very beautiful national parks which are just so inspiring. You know, we call them our jewels in the crown. You need to remember working people pay taxes, we’re all paying towards these things.

You don’t have to do it all the time. Trips are expensive but even if you invest in one or two trips, the memory is just there forever.

You’ve spoken about how the Black Environment Network uses the word ‘Black’ symbolically to represent all ethnic minorities and marginalised groups with Black communities being the most visible.

What do you think the Black Lives Matter movement is doing in terms of this visibility?

In a way we anticipated the positioning and it’s right that Black communities have always been on the front line. They’re the most visible. They have one of the unique story of suffering in the history of humanity.

This suffering is unique, deep, and really I must say as a non-Black person, I acknowledge that I would never understand the depth and pain of their suffering.

At the same time with racism and discrimination, the example of what’s happening to Black people, all of us as ethnic minorities including white ethnic minorities have a taste of that suffering. We identify with issues around racism, equality and diversity.

So although it’s headed at the moment by Black communities shocking the whole world into action. We are all behind them. And we look forward to diversity and equality as a whole being spearheaded by this tremendous force.

Can you talk about your understanding of multiculturalism and how this shapes the work that you do?

I have a very particular view of multiculturalism which is both scientific and human -instead of a divisive way of looking at race and culture, this is a unifying concept. It’s very simple.

Science tells us that we come out of Africa, all of us. As we move across the earth, we create cultures through our environment stimulating a particular spectrum of our humanity in response to that environment.

People stayed in one spot and forgot they ever moved but all cultures are linked. We move, we stop, we run into other cultures, and we take and give to each other. When you really are open to connect with people from different cultures there’s always a gift.

People from other cultures awaken in you things that are dormant which are part of the full spectrum of the human personality and potential. They awaken something that is in you and as a gift give you back something that is yourself.

I think this is a very unifying concept – of course, I talk about the most beautiful things; we’ve got to admit that we are all of humanity in its potential – its most terrible and its most beautiful.

Who or what inspires you?

People themselves. You know, in my own background, I’ve been a person who in my early life had been displaced. Sometimes when people read my CV, they think it’s very glamorous. I was in Hong Kong, Australia, West Berlin then London. Actually I was displaced, having no right to be anywhere. So, I identify with the experience of displaced people and that’s one aspect of it.

Also, the range of diverse communities, the richness of culture and the depth of humanity – what I call ‘cultural visions of nature’ is so inspiring. 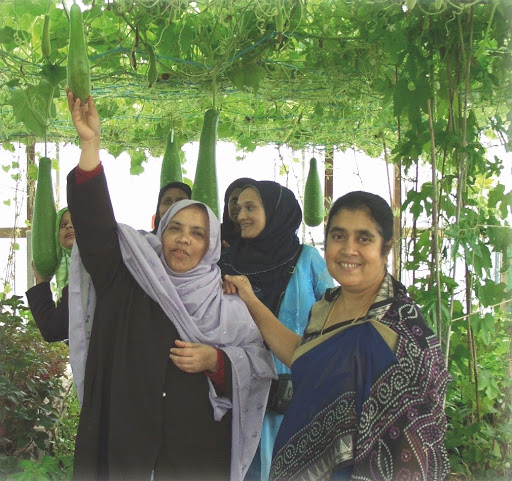 When Black Environment Network came to the environmental sector first of all, they just thought that minorities would come and do things exactly the way White people have done it. We said, “No! We have a contribution that’s much richer to make”.

I’ll tell you this story from the early days. The Bangladeshi community in Kings Cross came to us and said they wanted to grow some vegetables. We found some land, they grew their vegetables and at the end of the programme, we asked them a very simple question: “What was the best thing about this project?”

Their answer really blew me away. They said, “The best thing about this project is that our bare feet are once more upon the soil, our mother”. This is what I call a ‘cultural vision’.

When you listen to that you can see how stripped down and mechanistic a perception of the words ‘mother earth’ is in the West. In this instance, you see that culturally the Bangladeshi women were spiritually, emotionally, viscerally, completely, connected to Mother Earth. People like this can never harm the earth.

Thank you so much for speaking with me Judy.