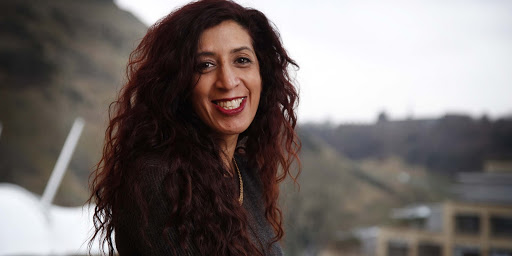 Zarina Ahmad is a climate change communicator and trainer with CEMVO Scotland, a race-equality organisation and intermediary with Scottish government. She works to increase the involvement and participation of ethnic minority groups in environmentalism and has worked for CEMVO for the last eight years. Zarina was a panelist at the Wen Forum in Manchester back in March.

Thanks for speaking to me today! It was great to hear you talk at the Wen Forum. Can you tell us a little bit about your organisation Council for Ethnic Minority Voluntary Organisations (CEMVO)?

We also work with mainstream organisations and we use the Equalities Act 2010 to work on the basis of all types of equality. We specialise in race but we cover intersectionality.

Can you tell us a bit about how you got involved in the work you do with them?

My work started out because I was working on a CCF [Climate Challenge Fund] project and in all the climate change and environmental conferences I was going to there was such a lack of diversity. There was an incident that happened and that stuck out to me and made me think there was a lot to be done. So when a job came up at CEMVO, in something else initially, in energy efficiency, I applied for it.

At CEMVO I was able to go to the Scottish government and say, can we have a look at your data around the Climate Challenge Fund and see how many organisations have been applying for it and a breakdown of these organisations.

It was the right time because the Scottish government had just done a review and they had that data… They were very open about it and said, look there aren’t many ethnic minorities that have applied for it in a period of four years. 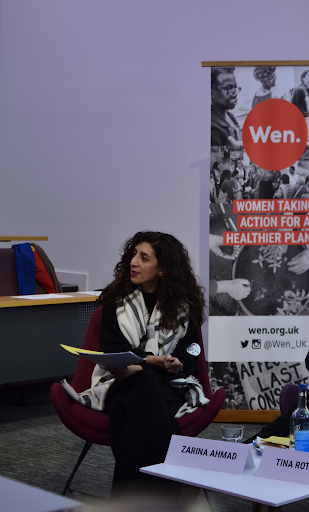 That’s pretty shocking, what did you do next?

We had a conference and invited 100 representatives from ethnic minority organisations across Scotland and at this conference it came out that out of all of these people nobody knew about the Climate Challenge Fund. So there was a lack of awareness. If they knew about it then it was maybe something they would have been interested in.

That was when we looked at the policies and the Scottish government’s tender documents, and we made sure that equality outcomes were embedded. That meant whoever was administering the Climate Challenge Fund for Scottish government had to have targeted outcomes to work with the ethnic minority sector. So that was positive action which some people think is positive discrimination but it’s positive action. If you don’t put positive outcomes in, no work ever gets done. We’ve got lots of experience around that.

Then the administrator for the CCF from 2000 onwards approached me to come and work in partnership with them and that’s how my current job started- to work with ethnic minorities around climate change. My job was to: create an awareness of the fund, to help develop project ideas, help put applications together and then help implement the projects. Part of that support was providing climate literacy training: around mitigating climate change, understanding climate change. A lot of the work we were teaching back then was predominantly climate change mitigation, very little adaptation. We were looking at energy efficiency, reducing energy consumption, at growing your own food, active travel or using low carbon transport. Then climate justice started to develop as a concept.

The other work I did was around groups and communities of interest rather than geographical communities. A lot of communities of interest were based around faith and often faith was the driver for taking action on climate change. Both of those were looking at climate change from a climate justice perspective. So I did a lot of work around climate justice as well. Over the years between 2013 and now, we got over 140 projects funded by the Climate Challenge Fund. I do a lot of my other training with the Joseph Rowntree Charitable Trust to help the ethnic minority sector have a platform, have a voice and get involved in decision making, in policy, in changing things.

How would you encourage someone wanting to get involved in environmental or race-equality work like yourself?

There are a number of national environmental organisations such as Friends of the Earth, WWF, Global Justice Now, Stop Climate Chaos, Wen, Ethnic Minority Environmental Network, which is a project of CEMVO Scotland, across the country which offer training and opportunities for environmental activism. There are events and meet-ups at a very local level and also at universities you will find opportunities. 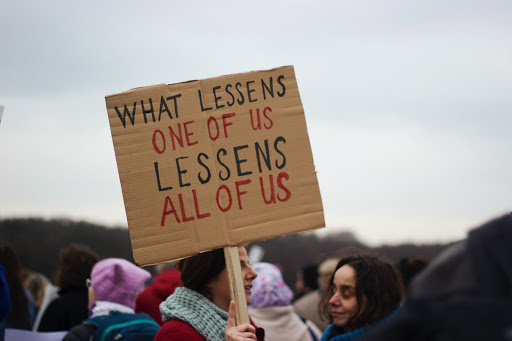 I would also recommend getting involved with local community groups who may be addressing issues such as food poverty or fuel poverty, or health and well being as these areas all link in with environmentalism. In Scotland there are a number of community groups working on tackling  climate change and these groups are always looking for volunteers.

Again similarly there are a number of organisations working at a community and local level on race equality, and they will provide opportunities to be involved.

For both race and environmental issues there are now a couple of organisations you can link up with – Campaign Bootcamp and Climate Reframe which has created a directory of BAME environmentalists. And of course there is the Ethnic Minority Environmental Network which I run and we provide activism training and collaborative projects with other environmental agencies to address social justice issues through an environmental lens. Most of our work is in Scotland but we have delivered workshops further south.

For you, why is climate justice a feminist issue?

Climate justice is a movement that for me incorporates so many other social justice issues. As climate change begins to have a bigger impact on our lives it highlights the inequalities in our society. If we look at climate change and those being most impacted both globally and at a local level we can see that women are at the brunt of climate change, whether it is in our food systems, energy access, or resources and waste. Many women are not in a position of power to influence where resources/funding are distributed, but they are the ones that have to be resourceful, resilient and are the changemakers, yet little recognition is given to them. In addition, many programmes to tackle climate change do not actually address what impact they would have on women both cis and non binary.

Thank you, and finally, what did you take away from the event and what are your best hopes for a climate just future?

I was astounded by the number of people that were interested in eco-feminism. It was really positive. I thought, we can really build on this. There is power behind people and I can see it. And that gives me hope for a fairer just future.